To destroy the Olympians
Cause destruction across the universe

Supreme Leader of the Chaos Fleet

Showing off
Destruction
Being right
Himself

Most other Deities (especially Zeus)
Peace
Water
Being interrupted

All heroes and villains alike

His armor
His sword

Vortigon is the Greek god of chaos, fire and destruction as well as Supreme Leader of the Chaos Fleet and creator of both the Minigon species and the Generals. He was formerly controlled by CaptainRustbolt21 but is now controlled by ItzXenos.

Vortigon is moderately athletic, but he is permanently engulfed in black flames, which illuminate orange. His eyes are white with red slits for pupils, though he can make his pupils disappear when desired. He wears gold armour that covers his whole body except his arms and head. His breastplate has three longish shoulder spikes on each side and in the centre of his breastplate is a red diamond-shaped jewel.

Vortigon has an unwavering drive to cause chaos and destruction wherever he goes. In recent times, this blood-lust has slowly tuned down, but he still greatly enjoys doing so. While he speaks in a sort of old-timely manner similar how people spoke in the days of Ancient Greece, he is fairly temperamental, often getting angry when people do things he particularly dislikes, such as interrupting or continuously asking questions, or even just when people annoy him, as seen when he angrily shouts at his Generals to shut up as they periodically bicker with each other in Operation Blue. However, he has a great fascination for advanced technology, and can occasionally be seen playing around with the buttons of the Eradicator with childlike enjoyment.

Vortigon has a fairly high superiority complex, seeing himself as above most mortals and beings, and few have garnered his respect due to his narcissistic attitude. He also appears to be somewhat of a sadist, rather choosing to have his enemies suffer rather than kill them outright, as seen with his fight with Athena in Into the Fire.

Vortigon has the standard abilities of a Deity, although his powers are notably not affected by human belief or worship much like Demigods, most likely because he was given his godlike powers.

Vortigon has the standard weaknesses of Deities, aside from not being affected by human belief.

Relations with other Characters 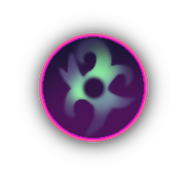 Drawing of his old design by CaptainRustbolt21.

Vortigon in a fan-made teaser for Into the Fire

Retrieved from "https://in-a-locked-room.fandom.com/wiki/Vortigon?oldid=194258"
Community content is available under CC-BY-SA unless otherwise noted.