More on the average side, and sometimes prideful

To just live life normally and make some friends

Co-leader of the factory

Learning what she never knew

Electricity
Berries
Bonding with her friends or allies

Villains
Disobedient characters and workers
Getting stressed out

Her great luck in abilities most of the time

Will state to have one in the future

The Power Factory Workers and the Locked Room Gang

The Room of Portal 2 (Properly)

Voltaire is first referred as Electric Blueberry, and first arrives few rooms back with Electric Currant. She was not seen again (due to the user's lack of interest which subsided as time passed by) until room #12. Then, the Splatoon room came and she was curious how to fight with paint. She met Cutie the Blooming Heart in part 2 and tried to side along with her. She was later revealed to think that the earth is in "chaos", due to the fact that humans can make life worse, past or future, though it has been implied her opinion about it was changed lately. She later revealed her first name to be Voltaire. She has been into many adventures in many rooms ever since.

The Lair of the Dark Star is where things are getting revealed. Voltaire almost completely loses her powers until Immortelle the Witch Hazel's room. She was trapped in a dark ball, and lost hope. However, a light encourages her to fight back, this time with the help of an electrical wand. She used it against Immortelle, vanishing her in one shot after some failed attempts.

Voltaire appeared in Crystal Ski Caverns as her first Season 2 appearance and is revealed to not have an interest at skiing. She has been encountering normal events throughout the season so far with no major events happening to her.

Voltaire is Moon's character in Caverns & Crystals. She is the leader of the team and her class is Druid.

Voltaire's personality is normal or average in general, or that's what she is usually depicted. She is seen to be very friendly towards others and is supportive for them. She's ready for a lot of things that are thrown at her. However, she has shown to be cocky and overconfident at times. She may be pumped, but she doesn't think what happens it that goes too far.

Voltaire can do almost anything with electricity, like making electric balls or electrical chains against enemies. Her common ability regarding this is using her thunder cloud as her transportation vehicle.

When fed by Plant Food, Voltaire fires a large electrical spike from her leaf, which lands into somewhere near the opponent. Anything can be attracted from that electrical spike, zapping them for almost an eternity.

This PF effect is considered her Final Smash in The Room of Super Smash Bros., but didn't get the chance to show it. The name is "Spike of 100,000 Volts". 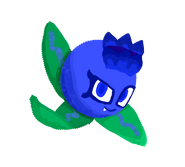 Artwork without the electric and cloud aesthetics. 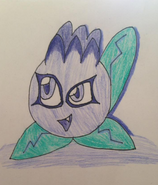 The current design in traditional art. 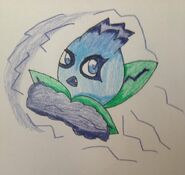 Riding one of her clouds.
Add a photo to this gallery 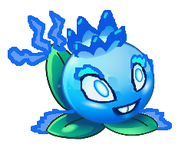 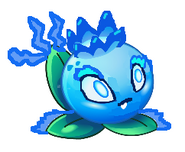 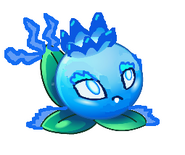 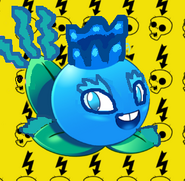 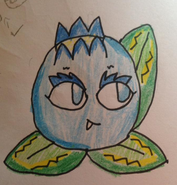 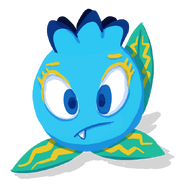 Made by JeloJellyJam (third)
Add a photo to this gallery

Retrieved from "https://in-a-locked-room.fandom.com/wiki/Voltaire_Shockilta?oldid=193140"
Community content is available under CC-BY-SA unless otherwise noted.