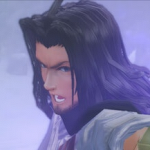 ...And Filipino. But not too much.

User's Note: For most of the year (and life in general)... It's just been stress for me. As such, I am no longer too active in this site, at least.

Hey, everyone who reads this! Fairy27 here, in the Locked Room Wiki! I went here early on, but I quitted, then came back. I'm quite the roleplayer, but I don't catch up well. I try to make RPs fun as possible, but my main weakness is how I'm unoriginal, so yeah... Also, expect me to screw up a lot, but I'll try my best anyway!

IaLR Page Description: Formerly a Discussion Moderator of the PvZ Wiki who closed a couple of IaLR episodes in said wiki but stepped down to avoid drama and a long sickness that led her to no control lately, although this no longer has a use due to the RP being moved to its own wiki. Fairy27 is the only active female user of IaLR at the moment. She currently tries to balance her schedule of her own Splatoon headcanon content, her IaLR content, her digital and SFM art skill practice and her time outside of life, especially school. She joined in The Hot Room as Ellise, who doesn't appear again until the final room of Season 1, but left in The Room of Minecraft due to her hating the said game. She then returned for a short time as the duo of an Electric Blueberry and Electric Currant from her profie picture back then. She came back fully in The Room of Portal 2 with Voltaire Shockilta. This Splatoon and Persona fan aims to make balance with her cast and deliver her ideas in IaLR at her own pace.

Splatoon is the the franchise I associate with the most at the moment! I'm also into (J)RPGs, but I'm not making a whole heading about it.

Don't know how to link to my "Owned by Fairy27" category without categorizing my userpage as such, but look that up and some of my characters are there... Eck. Return of navbox, when?

Note: This is not finalized as two upcoming members are coming... Also this is kinda outdated. I'll fix that in the future.

There is one other drawing related to this I could add... That'll be later.

Note that I owned no episode from Season 1.

There is only one I have that is finished...

...And due to potential plans of changing IaLR a bit for its modern style to flow and also due to inactivity, Season 3 happened! Yay!

Few episodes are blooming slowly! You can find them in my Upcoming Content and Plans subpage far above. Will list them once aired.

Here's the list of my IaLR stories thus far... In a lost navbox. But here's two bonuses.

Other ongoing/upcoming stories are on my Upcoming Content subpage.

...Time to properly make a category for stories made by me. "Stories Written by Fairy27"? That could work.
Retrieved from "https://in-a-locked-room.fandom.com/wiki/User:Fairy27?oldid=195792"
Community content is available under CC-BY-SA unless otherwise noted.