The Room of Splatoon

Mewtwo is a legendary Psychic-type Pokemon. He is a hero and he is controlled by SuperGaming101.

Mewtwo is a Pokémon created by science. It is a bipedal, humanoid creature with some feline features. It is primarily gray with a long, purple tail. On top of its head are two short, blunt horns, and it has purple eyes. A tube extends from the back of its skull to the top of its spine, bypassing its neck. It has a defined chest and shoulders, which resemble a breastplate. The three digits on each hand and foot have spherical tips. Its tail is thick at the base, but thins before ending in a small bulb.

Mewtwo is intelligent and wise. He doesn't really seem to understand basic emotions, and he is almost always seen wearing a frown on his face. Despite this, he is still mostly a hero who fights for what's right and who cares about others. He is almost always serious, and he talks quite directly, sometimes even being quite insulting to others. 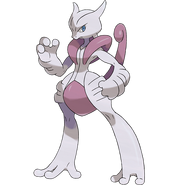 Mewtwo's mega evolved form
Add a photo to this gallery 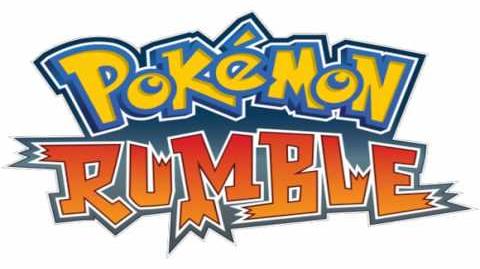