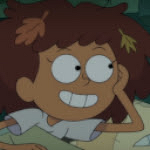 Hey, welcome to my wall of threads. There's not really a lot to see here, other than the theads, of course.

← You did not specify any title
Loading editor
Newest threads