Mysterious, yet boastful and brutal.

Reality warping illusions thanks to the Phantom Ruby, as well as the ability to float and shoot lasers.

Most of the gang, but particularly Robin, Spyro and Shadow Assassin

Infinite is Moon Snail's secondary villain of Season 2. He was a treacherous minion of Dr. Eggman who proves to be a huge threat to The Shadow Team and the gang itself. He uses the power of the Phantom Ruby to create immensely powerful illusions that affect reality. He is one of the only two wielders of one, and is seeking to kill the other wielder of the ruby.

A lot about Infinite is shrouded in mystery and enigma, but what is clear is that he's a cruel, egotistical and unrelenting villain, who likes to toy with his foes. He's independent, and always works by himself, never having masters or underlings.

Infinite is the tallest of mountains, the roughest of waves, the toughest of terrors, and the darkest of days! He's easily one of the most dangerous of enemies one could face, and he won't let anyone ever get in his way! Mysterious, dangerous and brutal, Infinite is one the scariest combinations ever conceived!

Long ago, Infinite was the leader of a "Jackal mercenary squad", but after Dr. Eggman managed to overpower his entire army, he decided to join him. He was ordered to stop an invader, but was easily overpowered. When Shadow called him weak, something in him changed. He was furious. He so desparately wanted to get revenge on him. He equipped the Phantom Ruby and a mask to cover "[his] unsightly face", and turned into a completely different beast. He terrorized all of Mobius months later, but after being defeated by a resistence army, he saw Eggman as a detriment to his power, and left to do his own commands.

Infinite first made his appearance in Locked Room 3D World, where he confronted The Shadow Team (Originally only consisting of Shadow Assassin, Robin and Spyro). Shadow Assassin assumes that he's a minion of Ripto, but he states that he works alone. He then proceeds to battle the three, and while Spyro showed himself to be a worthy opponent, Infinite easily wiped the floor with them, showing himself to be a powerful enemy.

Later, he showed up in front of Lucas and Sonic the Hedgehog. He battled the two, and easily defeated both of them, nearly killing the former in the process. He told the hedgehog that he'd spare his life if he "fled, screaming", and cackled as Sonic swore revenge on him. 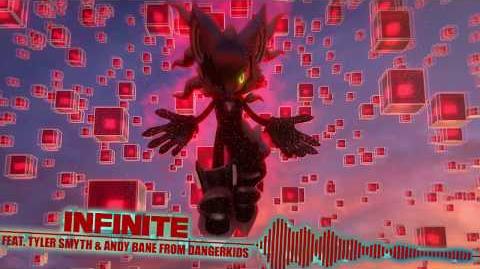 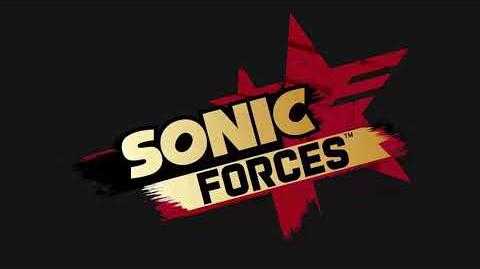 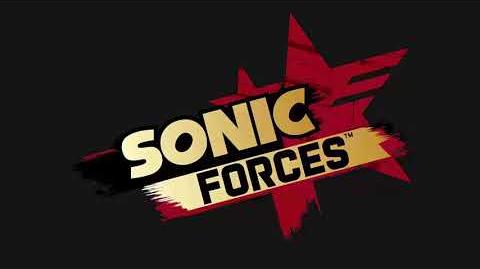 Retrieved from "https://in-a-locked-room.fandom.com/wiki/Infinite?oldid=174625"
Community content is available under CC-BY-SA unless otherwise noted.