In a Locked Room

In a Locked Room with the User's Avatar Above You
IaLR

In a Locked Room (formerly called In a Locked Room with the User's Avatar Above You and You are locked in a room with the avatar of the person above you) is a series of roleplays in the Plants vs. Zombies Wiki. The main goal is to survive the rooms, and try to escape. It's sometimes abbreviated as IaLR (or IALR). The series was made by The M.E.O.W King, with Rare Dandidoo reviving it, and Chilly Bean BAM! reviving it again.

This logo was made on December 31, 2016, but was scrapped for unknown reasons. 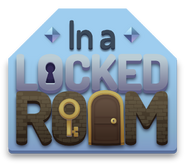 Retrieved from "https://in-a-locked-room.fandom.com/wiki/In_a_Locked_Room?oldid=197749"
Community content is available under CC-BY-SA unless otherwise noted.