Single (Will definitely stay that way)

In the Shadow of an Aurora

Athena, usually under the alias of Paley Anderson, is the Greek goddess of wisdom, warfare and handicraft. She is controlled by ItzXenos.

At first, Athena is presented as cold and forbidding, albeit a little wise-cracking in most situations, and is also often the demeanour she puts on when faced with opposition or in a hostile situation. However, over the course of her slowing growing friendship with Aurora Blue, begins to display her comedic and more friendly side with her, which has even began to leak into confrontations with others. A comment by Vortigon in Operation Blue suggests that this witty nature was apparently more evident when Athena was at her prime, but has been somewhat repressed over the past thousand years.

Being thousands of years old also means Athena is a little condescending and somewhat altruistic, being quite willing to assert herself over over people, and is quick to respond to insolence with her harsh, forbidding tone, as well as using terms like "Buddy", "Darling" or "Dear" in a mocking tone. Athena is highly intelligent and a careful thinker, being near pre-eminent in various skills such as lying, combat and craftwork. Her mind is hard-wired to be generally analytical, though it takes notably one or two seconds to quickly make predictions and act on them, and even so her condescending character can lead to her being a little stubborn at times.

Athena has also shown no interest in pursuing any kind of romantic relationship, a key part of her characterisation by the Ancient Greeks denoted by one of her epithets, "Athena Parthenos" meaning "Athena the Virgin". This quite obviously shown by her disinterest and eventual annoyance at Andrew Smith trying to woo her in Dating the Deity. She also mentions that guys have approached her in the past, presumably meeting a similar fate as Andrew did.

However, in recent times a more vulnerable side of her has been to poke through. As seen in Echo Call and Operation Blue, Athena has shown to be confused and overwhelmed by her emotions towards other people, believing that friendships aren't worth it due to the pain that eventually comes out of losing them. This is evident in the implication that Athena has remained alone for the past thousand years, and more evident in her reluctance in having to take Aurora in as an agent, fearing she'll grow attached to her and won't be able to handle the loss of her eventually dying. Her fears appear to be proven when Vortigon kidnaps her in Into the Fire and her guilt over the situation, showing a genuine attachment to Aurora that Athena had seemingly striven to avoid, ends up prompting the confused and panicked mental breakdown seen while she is held by the gang in Echo Call. This fear of loss is only worsened in Operation Blue, where even Vortigon takes note of her distress and calls her out on it, and mocks her for allowing herself to be attached to something so insignificant compared to her.

Athena also has a high dislike of being embarrassed, most notably in Dating the Deity where Andrew's first attempts to get her affection make some onlookers think they are an already established couple. Realising these thoughts, Athena notably flushes red and covers her face with the brim of her fedora before quickly trying to walk out of sight, ahead of Andrew and Aurora. It is also of note Athena's attitude towards her work; From the way she uses the case of a Twisted Harvester in Holding Back as a lesson to teach Aurora, it could be argued she is only pursuing her own interests in solving these cases, and not some benevolent "for the greater good" mindset.

Athena has the standard abilities of a Deity.

Athena has the standard weaknesses of a Deity.

Notable Relations with other Characters 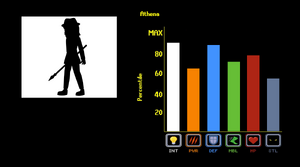 Despite having a fairly low power level compared to other characters of her tier, Athena makes up for this with her somewhat well rounded stats, having a synchronised high defence and health as well as her high intelligence. This all helps in her combat style, which focused on prediction and outsmarting her enemy, and using her above average mobility to keep ahead of them while she carefully chooses her next move.

According to IaLR: Tier Lists - Are Deities OP?, Athena is low A tier, being highly effective at close range with only a few bad match-ups, though is outshined by more versatile characters.

Go to the link above to see more on Athena's stats. 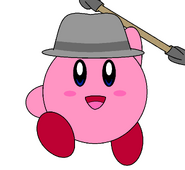 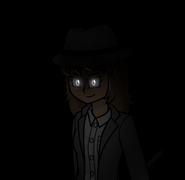 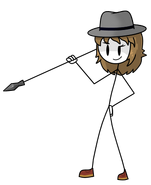 Tom reading the newspaper meme but with Athena

Redfork2000's drawing of Athena in his All Star Art Challenge 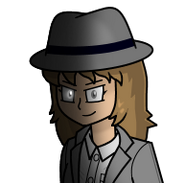 ItzXenos' drawing of Athena in his ABC Fanart Challenge

A drawing done by ItzXenos, showing Athena being confronted by Parafron via various television screens at a store
Add a photo to this gallery

Retrieved from "https://in-a-locked-room.fandom.com/wiki/Athena?oldid=205779"
Community content is available under CC-BY-SA unless otherwise noted.