His actions as Flowey the Flower

The Lair of The Dark Star

Asriel Dreemurr is a goat child who is the son of Toriel and Asgore Dreemurr and the sibling of Frisk and (formerly) Chara. He used to be the villainous Flowey the Flower, but he eventually transformed back to his normal self in The Lair of the Dark Star. He is controlled by SuperGaming101.

Asriel wears brown pants and a loose lime-and-yellow-striped shirt, alongside a golden locket bearing the Delta Rune. He has a goat-like appearance with green eyes.

Asriel is an innocent and compassionate goat child. Though he is very sweet, he is also very shy when it comes to meeting new people. However, he always like to think of himself as cool and tries to partake in activities that are deemed as cool. He deeply regrets his actions as Flowey the Flower, feeling guilty for the things he has done.

HOLD UP!
This article contains spoilers. If you don't want to spoil everything for yourself, DO NOT READ ON!

Asriel Dreemurr's backstory begun when he was born in the underground by Toriel and Asgore. He lived with them for a while, and loved them a lot. When he got to around the age of 10, a A human named Chara fell down on the golden flowers before Asriel's home. Asriel helped her up and quickly made friends with her, and Toriel and Asgore accepted her into the family. They lived a very happy life together, until one day, Chara fell extremely ill from buttercup flowers, and died. Just before she died, she had one last wish for Asriel, and that was to bring her body into her village on the golden flowers. Asriel and Chara's SOUL became one, and they became extremely powerful, and broke the barrier. However, a big amount of humans attacked them, thinking that Asriel killed Chara. Asriel could have fought back and easily have gotten rid of the humans, but he didn't and he took all of the hits. He managed to fullfil Chara's wish, and went back down to the underground, to die in front of Toriel and Asgore on the golden flowers Chara fell down on.

Later on, Alphys, the royal scientist, decided to do an experiment that she thought could bring monsters that were dead back alive, by injecting DETERMINATION into them. Her first test subject for this was Asriel, and so she injected DETERMINATION on Asriel's dust, which was on the golden flowers. This tranformed Asriel into Flowey the Flower. Alphys kept it, until one day it suddenly became alive and broke out. Flowey was still Asriel, and a new form of him, however he had no SOUL in this new form, and he could RESET. He couldn't feel any emotions in this form, except for some negative emotions, like anger. Eventually, he became curious and wanted to see what would happen if he killed everyone. He liked doing it, and so he became a monster, toying with all the other monsters in the underground and being evil.

In The Lair of the Dark Star, Flowey absorbed a bunch of SOULs, and then tranformed into Asriel. He turned to face the gang, and then suddenly tranformed into his God of Hyperdeath form. After using the Hyper Goner on the gang, he tranformed into his final form. After almost killing the whole gang, because he wasn't SOULless anymore, the gang managed to remind him of all of his good memories and tranformed him back to his normal true form. When GLaDOS gave Asriel one of her SOULs, Asriel managed to stay in his normal form, and he joined the gang in their adventures. He helped them fight Immortelle the Witch Hazel. 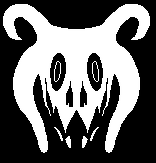 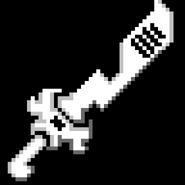 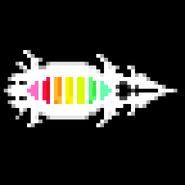 Asriel's Chaos Buster.
Add a photo to this gallery

Retrieved from "https://in-a-locked-room.fandom.com/wiki/Asriel_Dreemurr?oldid=205496"
Community content is available under CC-BY-SA unless otherwise noted.